Argentine Cemetery & Next of Kin Visit

This Gallery Shows The Changes which have occurred in The Cemetery situated near Darwin, and Also The Recent Visit of 172 Next of Kin of Argentine War Dead.03/10/2009 & Second Visit of 175 Next of Kin on the 10/10/2009.
Organized By the Argentine Families Commission.
Led By It's President Hector Cisneros.

At the end of the War between the UK & Argentina in 1982.
The UK Government, for Humanitarian reasons ,offered to Repatriate
All War Dead.
This was refused By Argentina citing, a Mythical Misconception.
That they (the War Dead) were already on their Home Land.

Over the Years I Have spoken to numerous Next of Kin.
Always asking the same questions.
Has the Argentine Government ever offered to move your Next of KIn,
Closer to Home?The answer ,No.
Would you prefer your Next of Kin Closer to home?
Quite naturally they answered with a resounding Yes.

You have to ponder the question.
What kind of Government is it.
That plays politics with the emotions of grief. 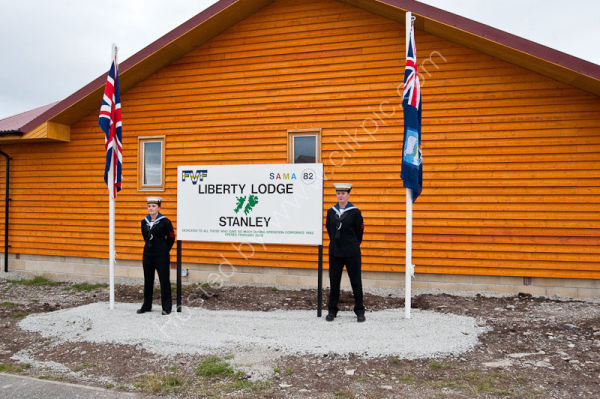